As an Illinois state prison inmate, having a job when incarcerated is considered a privilege.

About 1,100 men and women — out of the about 40,000 Illinois state prison inmates — have the opportunity to leave their cells during the day to work at prison shops on the grounds of the prison.

Prison jobs pay far less than minimum wage — about $0.30 to $2.25 an hour. Typical work ranges from packaging bratwurst and putting together eyeglasses to making brooms and assembling furniture.

Illinois Correctional Industries (ICI), a program of the Illinois Department of Corrections (DOC), oversees the prisoner work programs. Jared Brunk, chief administrative officer of ICI, said the Illinois Department of Corrections has done a deep dive into the purpose of the ICI prison jobs programs. As a result, the DOC has reevaluated ICI’s business model and decided to change the focus of the program from contract work to vocational training. 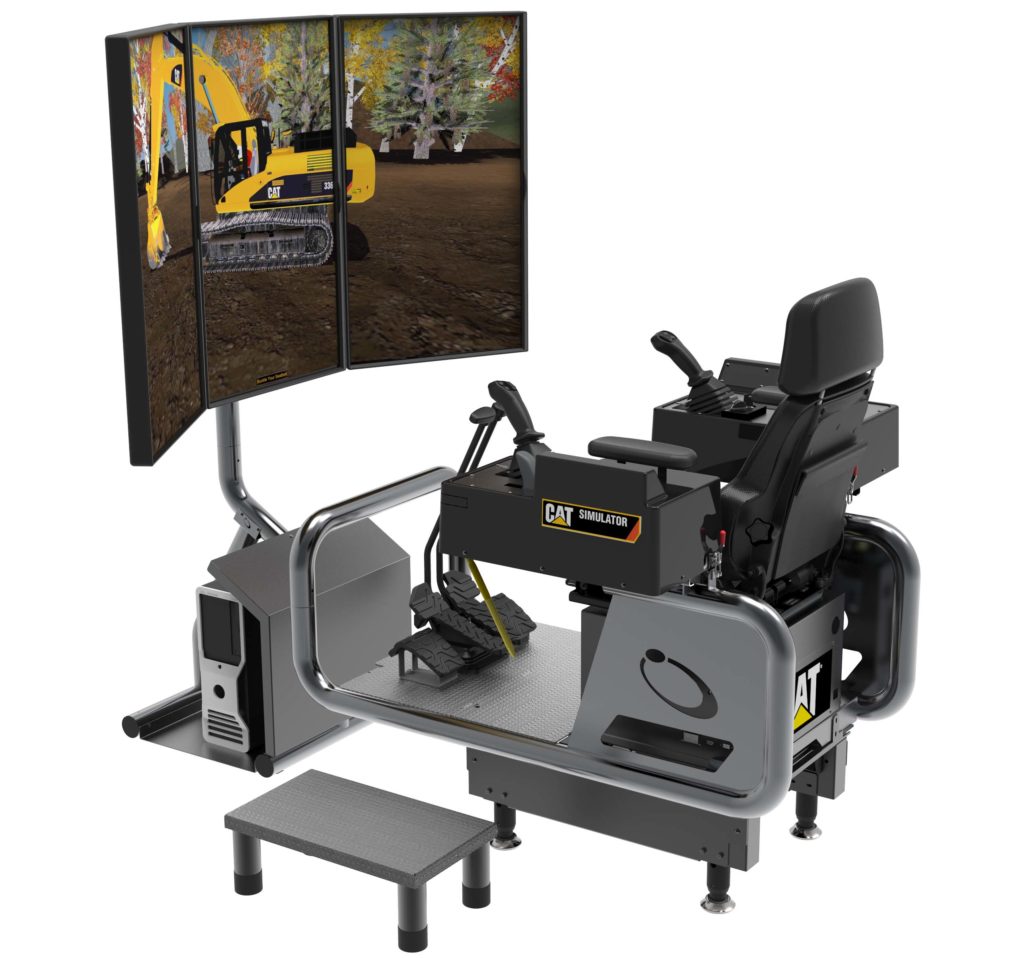 “With the leadership of Director (Rob) Jefferies and the other administrators within the department, we are trying to be transformative,” Brunk said.

“We want to move industries into the continuum of vocational programming,” he said.

“We have procured 20, full-blown, CAT certified simulators — just like you would see at a community college or a vocational school,” Brunk said. “The individuals who use these simulators will actually get a certificate that shows that they have so many hours of training on the simulator and the metrics that go along with it.”

When the inmate gets out of prison, they will be able to show a prospective employer they have certified, simulator training on how to operate bulldozers, earth movers and other large pieces of Caterpillar equipment.

“We really want to have the industry’s program take the lead for being the catalyst to get U.S. Department of Labor certificates for the individuals in custody,” Brunk said.

The vision is ICI’s new vocational focus will eventually provide training in mechanics, heavy equipment operation, HVAC servicing and repair, logistical support, basic IT functions, welding, and other in-demand skills that can lead to good-paying jobs, he said.

The jobs that the prison shops provide now do not require a high level of training.

“Several of our shops were getting pre-manufactured goods and they were breaking those goods out into smaller boxes — basically acting as a pass-through between the primary manufacturer and the state customers,” Brunk said. “Those types of programs are not providing the type of training that meets the needs of today’s labor force.”

We use cookies to ensure that we give you the best experience on our website. If you continue to use this site we will assume that you are happy with it.Ok