IUOE 324 & CAT® SIMULATORS: A REAL PARTNERSHIP FOR THE FUTURE OF TRAINING

Since 1906, the Operating Engineers 324 has been integral to Michigan’s industrial infrastructure. Core to its success is its experienced and well-trained members. Local 324 takes training serious and it shows.

Apprentices at OE324 operate equipment on a 555 acre site.

Located on a sprawling 555 acre campus in Howell, Michigan, OE324’s Career Center trains apprentices in several disciplines. With a dozen full-time instructors, more than 80 pieces of equipment in its fleet, and more than 300 classes to choose from, it is no wonder why its apprenticeship program is so strong.

The OE324 has seen a record number of apprentices coming through its Heavy Equipment Operator and Technician programs. Reasons can be attributed to a strong economy (an increase of projects means a greater demand for tradespeople), attrition (due to retirement), and the skills gap that has plagued the trades. Finding new and effective ways to train incoming apprentices is always on the radar at OE324. The focus on innovation is ever-present and now thanks to a new partnership with Simformotion®, apprentices and journeypersons can experience Cat® Simulators training.

After receiving a grant from the Ralph C. Wilson, Jr. Foundation, an Advanced Construction Excavator simulator was purchased for the center’s heavy equipment program. Not only is the simulator teaching operators how to safely run equipment, it is being used for recruiting new apprentices. 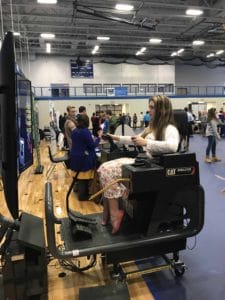 At OE324, recruiting is an ongoing endeavor. OE324 conducts outreach at over 60 career fairs and other events throughout the year. “We utilize the simulator in a trailer and travel all over the state. Whether we see students still in high school or 30-year-olds looking to change careers, the simulators give them a good idea of what heavy equipment operation is all about. It gives us an opportunity to talk about the program and what it means to be an apprentice,” says Hartwell.

Osika adds, “An apprenticeship is the other 4-year degree.” When kids come out of high school they can come straight into an apprenticeship. They receive formal training with pay, regular increases as job skills increase, and job placement. “Because we are self-funded there is no cost to the student. It’s like getting a full-ride scholarship! We love to talk to parents,” declares Osika. That’s not to say individuals past the high school level are not encouraged to join. Apprenticeships are open to anyone, whether they are a student, mid-career, or transitioning from a military to civilian career.

While the simulator is great for outreach, it’s even better for training operators. OE324 instructors divide newer apprentices and journeypersons into group training. One person uses the simulator with the rest of the group gathered around the simulator at the same time. They can train them all and encourage input and feedback so apprentices can learn from one another. This isn’t possible outside on the actual machine. Osika notes, “On the actual machine you’re on the ground and yelling to the operator; but with the simulators, you are right next to the person in the seat talking through details.”

“Even though we don’t have six simulators, we can have six students learn the Walkaround together,” says Hartwell. He goes on to say that it’s much easier to go through controls with the apprentice on the simulator rather than hanging off the side of the machine trying to talk to the operator through the window. Plus with simulation, instructors can train in inclement weather. A big deal during Michigan winters!

Hartwell admits, “Originally I was not a fan of simulators, but the technology has come a long way. I am impressed with Cat Simulators, especially with the motion.” What do the operators think of the simulators? “I ask them how they feel it compares to an actual piece of equipment. They agree it’s like the real excavator.” Osika adds, “I would rather have operators on a simulator in class make mistakes, rather than on a half million dollar piece of equipment.”

Dan McKernan, Communications Director says, “The investments that 324 puts into educating 7th to 12th grade students are above and beyond the norm. We look for students for the pre-apprenticeship programs all over the state during outreach events.” Introducing apprentices and the contractors they could potentially work for is another objective during career nights. It’s important that the apprentices understand the end game and talking to potential employers connects all the dots between training and employment. Representatives from OE324 also work on legislation to streamline the process of transitioning kids from schools to a skilled trades career.

People may be surprised to know how much technology is involved with the skilled trades. “We work in an industry that is far more cutting edge than people think,” says McKernan. The Career Center runs autonomous drone classes, teaches on GPS, and more.

Potential apprentice candidates can apply online at the OE324’s website. They submit an application, a valid Michigan driver’s license, a copy of WorkKeys test scores, and copy of their diploma or GED. OE324 is looking for safety-minded people with a solid work ethic. They also look for those with leadership skills, because the people running machines are in charge of half million-dollar—or more—pieces of equipment.

Apprentices learn operations in the safety of the virtual environment with instructors by their side.

According to Osika, the average number of applicants varies. When they have a surge of applicants, they add more training. They also have a special program just for military veterans.

Many come through “Helmets to Hardhats,” a national program that helps veterans transition to civilian careers in construction. “Anyone coming from the military that has any work experience close to one of the trades can apply and the IUOE can do a direct entry into the apprenticeship program,” he shares.

The OE324 training is a Dept. of Labor registered apprenticeship program. All apprentices complete a minimum of 200 hours of training per year and many go over the 200 hours. Candidates are considered apprentices for 3 years and 6,000 hours. If an apprentice doesn’t get the required hours in three years, training can go on an additional year. Osika states, “We want to make sure our apprentices are prepared for the workforce. We have a true partnership with our contractors.” They can choose what level of apprentice they want on the job: first, second, or third year. “Our apprentices know that they are going to a jobsite for an honest days’ work for an honest days’ pay. If we don’t have contactors making money, we don’t have jobs for the future,” conveys Hartwell. 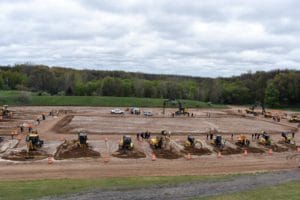 Training opportunities are ongoing at OE324. Journeypersons can upgrade training to stay current on new technology throughout their careers.

The training offered through OE324 is not just for apprentices. Instructors also see many journeyperson upgrades. “Sometimes we will see the same people coming in throughout their career because they are learning new skills. They come to the facility and pick up training on new technology,” shares Osika. “This makes them more valuable to the contractors.”

Upgrading is a consistent theme. Osika and Hartwell are continually on the lookout for ways to upgrade the training at OE324. They plan to add more Cat Simulators and other new technology this year. “We want to make sure our 14,000 members are on the cutting edge,” stresses Osika.

The way the OE324 embraces training and technology, it’s sure to translate to a knowledgeable and skilled Michigan workforce. 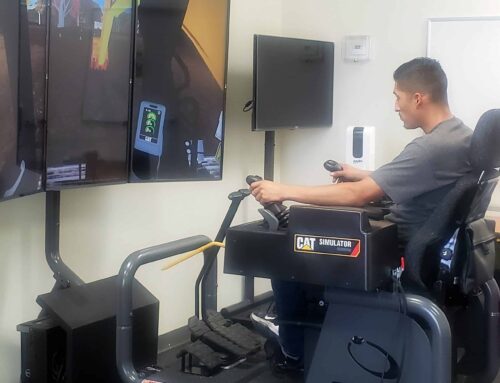 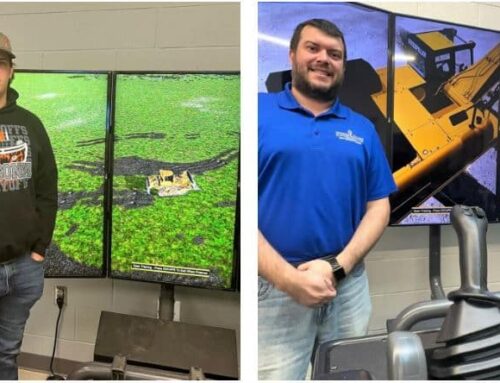 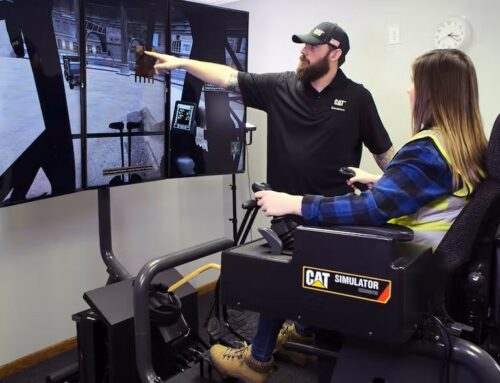 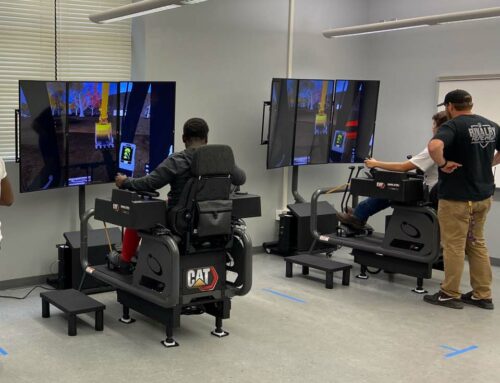 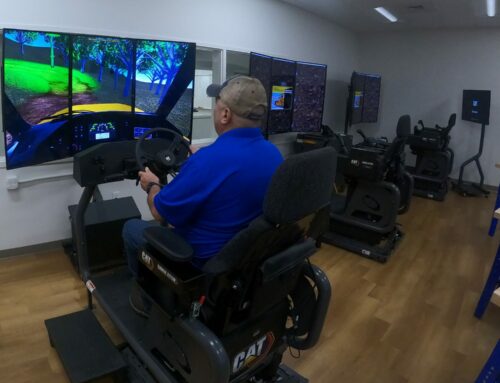